HomeBlogArchive by Category "In the media" 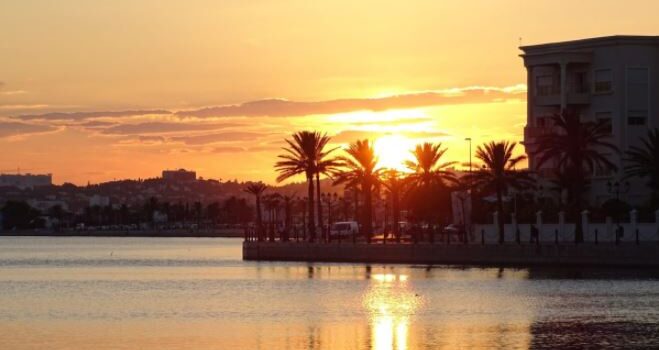 Tunisia’s Ministry of Industry, Mines and Energy launched on the 23rd of December 2022 a new tender to deploy a total estimated capacity of 1.7 GW of solar and wind from 2023 to 2025 under the RE Independent Power Projects (IPPs).

For the solar PV projects, the Tunisian authorities are seeking proposals to build solar plants with total capacity of 800 MW to be tendered across four equal rounds of 200 MW each. The deadline to submit project proposals for the first round has been set for June 15, 2023. For the fourth and final round, the submission date has been set for an unspecified date in September 2025. Developers will be responsible for identifying and securing land for the projects.

Two other Solar PV projects will be installed on state-owned lands located respectively, in Hecha, in Gabes governorate (300 Ha) and Khobna, in Sidi Bouzid Governorate (270 Ha). The total capacity of these two projects still needs to be confirmed. Interested developers have, until May 18, to submit their proposals.

For the Wind projects, it would consist of a total capacity of 600 MW to be tendered across four equal rounds of 150 MW each. The deadline to submit project proposals for the first round has been set for September 14, 2023. For the fourth and final round, the submission date has been set for an unspecified date in November 2025. Developers bears the primary responsibility to procure the land on which the project will be installed. 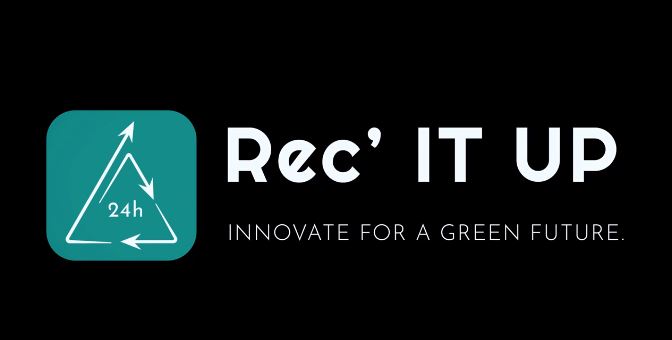 TuNur Sponsored the last edition of Rec’it Up event organized by IEEE INSAT.

Rec’it Up focuses in its 4th edition on increasing awareness on climate issues and encouraging new idea, technologies and opportunities for Tunisia and the World.

TuNur is committed to be ready to support associations and initiatives that defend a moderate climate and encourage the investment in green energy. 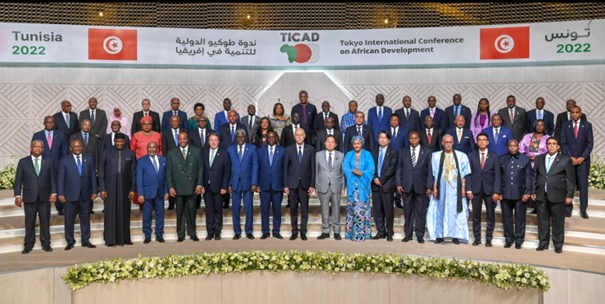 Since its inception in 1993, TICAD, has been a forum bringing together African leaders and their international partners to drive sustainable and people-centered development in Africa. Guided by the dual principles of African “ownership” and “international partnership”, this year’s TICAD will focus on the themes of peace, society and economy in the context of COVID-19 recovery on the African continent.

As the host of TICAD, the Government of Tunisia will welcome a gathering of leaders from all countries across the African continent, as well as representatives from the African Union, United Nations, World Bank, Government of Japan, private sector, and civil society to discuss the opportunities and challenges to development which African countries are facing.  Like every TICAD, this year’s conference will focus on fostering dialogue and collective action about African development led by the countries of Africa supported by the international community, shaped by their own vision of sustainable development and the priorities of their citizens and communities.

TuNur was a proud sponsor of one of the key side events hosted by the Tunisian Japanese Chamber of Commerce and Industry “TJCCI”. Furthermore, three of TuNur’s projects were included in the final list of 81 projects proposed by the private sector to TICAD 8 event.

Signing of an MoU between Tunisia and U.K. in the sector of sustainable energy

On Tuesday evening, June 7, 2022, The Tunisian Prime Minister Najla Boden, supervised the procession of the MoU signing between Tunisia and U.K. in the sector of sustainable energy, in the presence of the Minister of Foreign Affairs, Immigration and Tunisians Abroad, Mr. Othman El-Gerandi, Minister of Industry, Mines and Energy, Mrs. Neila Nouira El-Gonji, British Minister of State for South and Central Asia and North Africa, and the United Nations at the Ministry of Foreign Affairs, Commonwealth and Development in the United Kingdom, Lord Tarek Mahmoud Ahmed, and the British Ambassador to Tunisia, Mrs. Helen Winterton at the Government Palace in La Kasbah.

Mrs. Neila Nouira Al-Gonji from the Tunisian side and Lord Tarek Mahmoud Ahmed from the British side signed this memorandum.

The signing of this agreement falls within the framework of the working visit of Lord Tarek Mahmoud Ahmed to Tunisia on the 7th and 8th of June to discuss means of cooperation between Tunisia and Britain in various sectors.

Mrs. Neila Nouira El-Gonji stressed that this memorandum aims to support the energy transition policy by accompanying Tunisia in national programs aimed at achieving energy efficiency and helping it achieve the goals of the Paris Agreement related to climate neutrality and the reduction of carbon and greenhouse gases emissions, in addition to converging views between The two sides will establish a profitable partnership for the two countries within the framework of investment in the public and private sectors.

For his part, Lord Tarek Mahmoud Ahmed affirmed his country’s keenness to further support Tunisia in various sectors, especially renewable and sustainable energies, as one of the two countries’ priorities, by creating a financing line worth 2.5 million pounds to support British exports to Tunisia and to support purchases and services that will be included in the establishment of energy projects in Tunisia.

He also added that the United Kingdom is keen to accompany Tunisia in the direction of diversifying its energy sources by adopting clean energies, producing green hydrogen and adopting the latest technologies in this sector. 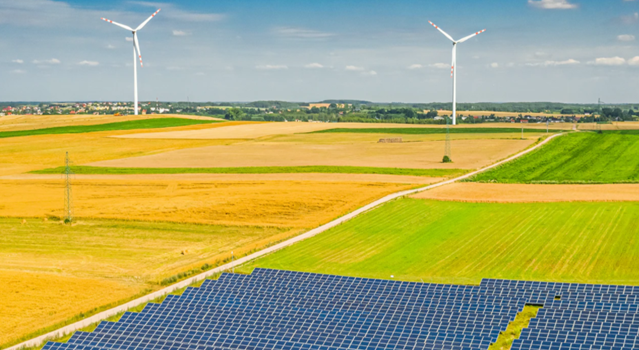 The growth of the world’s capacity to generate electricity from solar panels, wind turbines and other renewable technologies is on course to accelerate over the coming years.

By 2026, global renewable electricity capacity is forecast to rise more than 60% from 2020 levels to over 4 800 GW – equivalent to the current total global power capacity of fossil fuels and nuclear combined. Renewables are set to account for almost 95% of the increase in global power capacity through 2026, with solar PV alone providing more than half. The amount of renewable capacity added over the period of 2021 to 2026 is expected to be 50% higher than from 2015 to 2020. This is driven by stronger support from government policies and more ambitious clean energy goals announced before and during the COP26 Climate Change Conference. 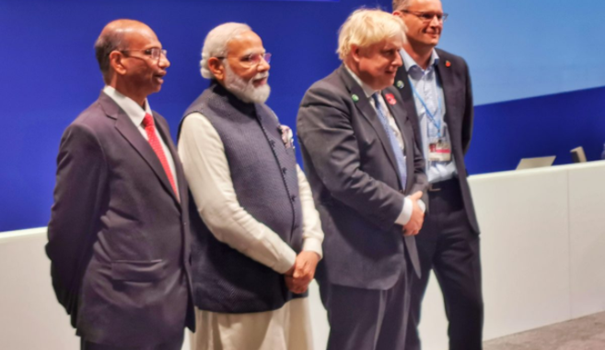 The India and UK-led global supergrid program seeks to connect 140 countries to round-the-clock green and renewable power during the COP26 climate conference in Glasgow.

This global supergrid project, known as the Green Grids Initiative – One Sun One World One Grid (GGI-OSOWOG), aims to harness solar energy wherever the sun is shining, ensuring that generated electricity flows to areas that need it most.

As part of its first phase, the project will drive interconnectivity across the Middle East, South Asia, and Southeast Asia. The second will focus on African power pools, while the third will drive global green grids interconnections.

The GGI-OSOWOG will bring together a global coalition of national governments, international financial and technical organizations, legislators, power system operators, and knowledge leaders to accelerate the construction of the new infrastructure needed for a world powered by clean energy.

The Global Hydrogen Review is a new annual publication by the International Energy Agency to track progress in hydrogen production and demand, as well as in other critical areas such as policy, regulation, investments, innovation and infrastructure development.

The report is an output of the Clean Energy Ministerial Hydrogen Initiative (CEM H2I) and is intended to inform energy sector stakeholders on the status and future prospects of hydrogen while serving as an input to the discussions at the Hydrogen Energy Ministerial Meeting (HEM) organised in Japan. 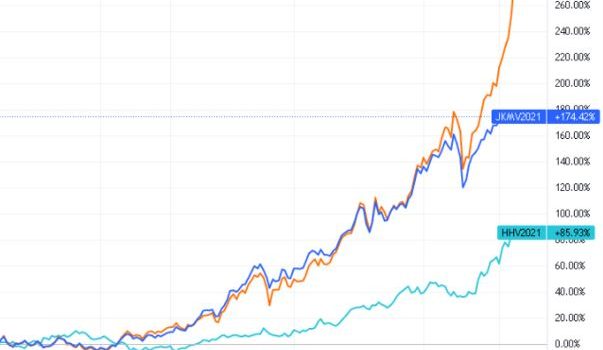 Antonio Delgado Rigal, chief executive of energy forecasting service AleaSoft, tells pv magazine that skyrocketing gas and electricity prices are putting the global economy under strong pressure, while also opening up huge opportunities for solar, renewables and green hydrogen. He says current gas and electricity prices, along with rising CO2 prices, already make green hydrogen competitive. He therefore calls for immediate action on building new capacity, but acknowledges that a quick end is not yet in sight for rising prices. 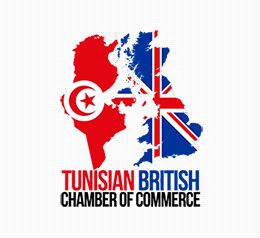 TuNur and the Tunisian British Chamber of Commerce (TBCC)

TuNur is pleased to continue as a committed member and sponsor of the TBCC, a leading non-profit organization created by Tunisian and British entrepreneurs to promote business, investment and trade relations between Tunisia and the United Kingdom.

TBCC provides supports to British and Tunisian companies interested in the respective markets and offers to them a wide range of services and networking opportunities to accompany them in the development of their businesses.

TuNur is looking forward to working with the TBCC team and its fellow members to promote further cooperation between Tunisia and the United Kingdom, especially in the field of renewable energy. 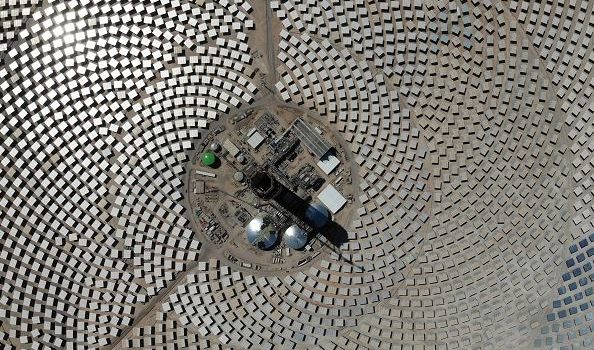 The renewable energy auction held the by the Chilean National Energy Commission (CNE) has not only seen the lowest bid ever recorded for a large scale PV project in Latin America – $0.01332/kWh – but has also delivered a bid of $0.03399/kWh for a concentrated solar power (CSP) project, which is the lowest offer ever reported for an energy auction at a global level to date.

The bid was submitted for the 390 MW Likana Concentrated Solar Power (CSP) project under development by EIG Global Energy Partners.