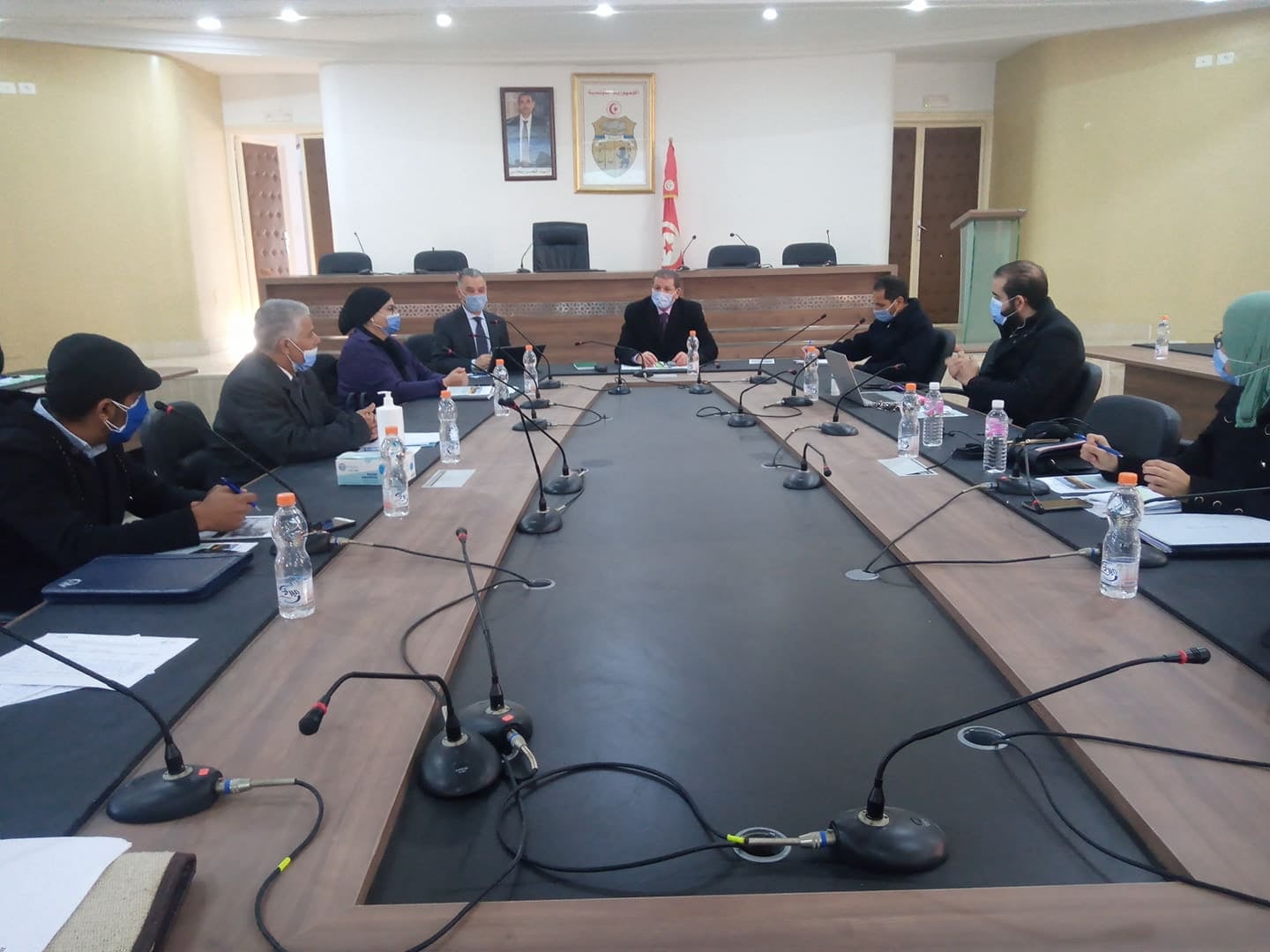 As part of the consultation with local stakeholders in Gabès on the environmental and social impact study of TuNur’s “Taqet Gabès 10 MW” project, our company had the opportunity to meet, on January 19, 2022, with the stakeholders of the Governorate of Gabès and the team of the Tunisian company “Environmental Assessment and Management- EAM” to further discuss the environmental and social impact study of the 10MW solar project of TuNur based in Gabès Sud during the meeting of the Regional Committee of investment organized by the Governorate of Gabès.

The meeting took place within the Governorate under the supervision of the first delegate in charge of leading the Governorate of Gabès, Mr. Kaddour Brahmi, and in the presence of the delegate of Gabès Sud, Mr. Sadok Saddam, and the mayor of Tebelbou, Mr. Nouman El Jmal. Other stakeholders were present such as the district chiefs of STEG, SONEDE and La Garde Nationale. Representatives of the Ministry of Agriculture (CRDA), the Ministry of Tourism (ONTT) and APIA…

During this meeting, the committee examined the environmental and social impacts study of the project for the production of electricity from solar energy, which will be concentrated in the area of ​​El Mdou by the company TuNur. This study was prepared and presented by EAM which is an experienced Tunisian company in safety and environment consulting. EAM has obtained ISO-9001, version 2000 certification.

The outcome of the meeting was encouraging and favourable for all parties. The impact study of the “Taqet Gabès 10 MW” project has proven to be very advantageous for the Gabès region on the socio-economic level and without any major impact on the environment and the living conditions of the inhabitants of the region.

The authorities of Gabès have shown themselves ready to facilitate all the procedures relating to the projects.

The TuNur team also highlighted TuNur’s interest in participating in the promotion of investment in the Gabès region and in Tunisia in general and its commitment to the sustainable socio-economic development of Gabès.