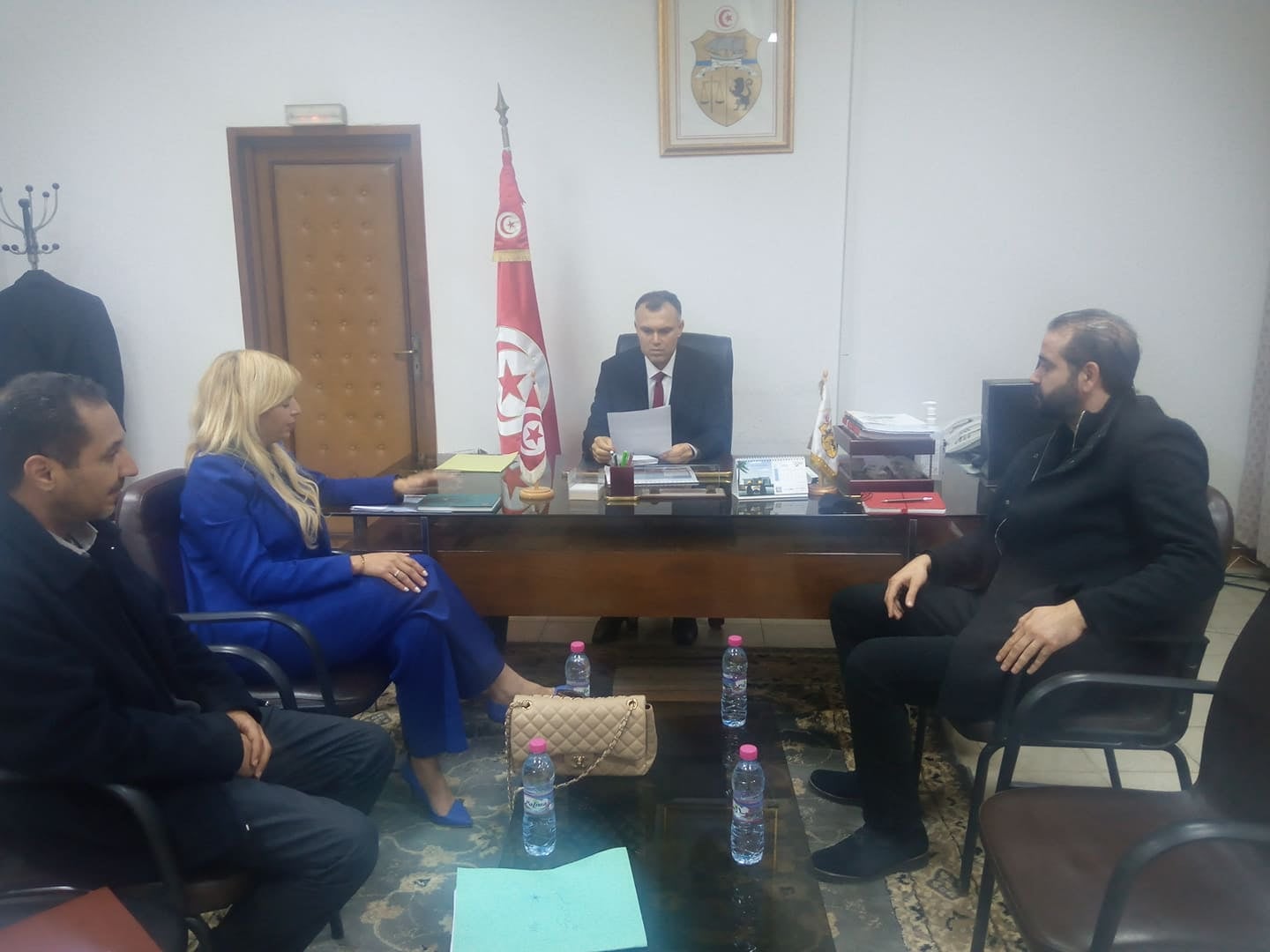 On March 17, 2022, the First Delegate in charge of leading the Governorate of Gabès, Mr. Saber El Benbli, received Mrs. Rachida Guermazi, the Head of Finance and Mr. Mohamed Halila, the Head of Generation of TuNur.

During this meeting, the parties discussed the efforts made by TuNur to survey the completion of the project to produce electricity from solar energy, which will be concentrated in the El-Mdou area of the Southern Gabès delegation.

It is expected that the completion of this project, which will have a production capacity of 10 MW, by the end of this year, and its exploitation will start at the end of 2023.

The outcome of the meeting was positive. The First Delegate ensured to provide the necessary support for the implementation and the realization of the project. TuNur Team confirmed the commitment of the company to invest in Gabès region and to support the socio-economic progress.